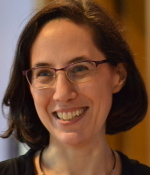 She works at the Department of European Public Law, which she chaired from 2013 until 2015. She held visiting positions at Harvard Law School and University College London (UCL). She was a John Harvey Gregory Visiting Professor of Law and World Organization and a Fulbright Visiting Researcher at Harvard Law School in 2015/2016 and a Visiting Researcher at University College London (summer 2017) and at Harvard Law School (summer 2018). She was also an invited lecturer at the Court of Justice of the European Union, European Parliament, LSE, University of Stockholm, University of Vienna, University of Lisbon, Vrije Universiteit Brussels, Alpbach Forum Summer School, Boston University, Temple University, etc. She is a member of the Advisory Board of the Horizon 2020 project “Reconciling Science, Innovation and Precaution through the Engagement of Stakeholders" (RECIPES), led by Maastricht University. She is the president of the Croatian Society for European Law (FIDE national association), the Croatian representative in the Odysseus Academic Network for Legal Studies on Immigration and Asylum in Europe and a member of the Board of Trustees of the Academy of European Law (ERA). She is the Editor-In-Chief of the Croatian Yearbook of European Law and Policy and a member of the ERA Forum Advisory Board. She is the editor of three books and the author of numerous articles, chapters in books and an authored book.